WHO WE ARE About Us 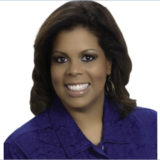 Corliss Jackson is an expert consultant in regard to the Federal government’s hiring process. She has over 10 years of hands-on work experience at the Office of Personnel Management and at the US Department of Health and Human Services. She left her GS-15 position to launch a consulting firm, Federal Job Results, which she heads as President and CEO.  She is also the author of the Washington Post’s weekly federal jobs column,  Corliss’ Corner. As such, she is committed to advising professionals who are in transition. Her experience working with the Federal government as a senior program manager and now as a consultant gives her a unique “insider’s view” of the Federal hiring process. She utilizes this expertise to translate her client’s background into the special “Federal language” and “Federal format” required to gain the attention of the Federal hiring staff. Ms. Jackson and her staff provide individual guidance to job seekers around the world and deliver several on-line and on-ground training courses on how to “Crack the Code” of the Federal hiring process. Ms. Jackson’s latest activity has been the creation and publication of, Cracking the Federal Job Code: Top Secret Tips for Today’s Federal Job Seeker, a book that is full of detailed, step-by-step information about how to successfully apply for a Federal job. She has also developed a curriculum for other job coaches to master the Federal job search process by becoming a Certified Federal Career Strategist. The personal attention and assistance received by clients of Federal Job Results have resulted in tens of thousands of Federal job seekers being able to submit applications that result in an extraordinary track record of interviews and Federal job offers.

Wendy Thompson comes to Federal Job Results as a seasoned Federal Career Strategist. She has over 20 years of experience providing personal and career counseling and coaching to individuals and groups.

She was a former federal employee and Director of the Career Center at the National Institutes of Health. She has also worked in academic, corporate, and clinical behavioral health settings as a counselor, manager, trainer, and facilitator. She is passionate about helping individuals achieve positive change by integrating their personal and professional goals. Wendy received a B.A. in Government and Communications and an M.Ed. in Counseling, both from the University of Virginia. 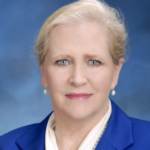 Captain, U.S. Navy (Retired) Mary Jo Sweeney is an accomplished military and corporate executive whose 26 years of Navy service laid the foundation for a successful corporate career in corporate marketing and military affairs at military-focused financial services companies. She specialized in operations leadership in the Navy and in military marketing and engagement in her corporate career. Mary Jo is a graduate of Wake Forest University and holds M.S. degrees in Management and Transportation/Logistics. Now on her third career, she delights in spending time assisting others through career consulting, with an emphasis on veteran and military transition.

Highlights of Mary Jo’s Navy career include serving as Commanding Officer of the Navy’s Pacific Fleet special mission ships (oceanographic and surveillance) in Pearl Harbor, Hawaii, and in major command, as Commander, Military Sealift Command Atlantic, a major command, directing the Navy’s 100+ Atlantic Fleet logistics, special mission and contract-operated ships supporting combatant ships in an area of operations spanning the Atlantic Ocean. During her final tour as Deputy Director, Office of the Chief of Naval Operations (CNO), The Pentagon, she handled the continuity of operations in the aftermath of the 9/11 terrorist attack, performing a key role in the re-staffing and restoration of the CNO’s staff and workspaces. With the 350-person staff of the Navy’s leadership displaced, Mary Jo quickly got the staff functioning and settled in temporary spaces, even as casualties were being tallied, communications were down and all normal operations were disrupted. In addition to being recognized for her actions during the attack and subsequent explosion at The Pentagon, she earned several personal and unit awards during the course of her distinguished Navy career.

Upon retirement from active duty, Mary Jo joined USAA, a Fortune 500 military-focused financial services provider, to direct corporate marketing sponsorship and military affairs relationships in the Northeast. She led a USAA Military Affairs division covering 16 states and Washington, DC, leading all face-to-face activity in support of strategic and tactical engagement plans with active duty, Reserve, Guard and military spouse organizations.  Following a rewarding two years as part of the Executive Team of the USS ZUMWALT Commissioning Committee, she joined First Command Financial Services as a regional director, hired to revitalize all strategic and tactical marketing and military affairs relationships in the Northeast. In both corporate roles, she was heavily involved in the enterprise engagement strategy with the military, veteran and military spouse markets, in the areas of corporate sponsorship, military transition/hiring and military spouse hiring activities.

Mary Jo then shifted her servant leadership skills to consult with veteran and military nonprofits on strategic planning for corporate sponsorship relationships and career transition programs, devoting herself to her passion for helping veterans on a pro bono basis, with an emphasis on career transition from uniformed service to further education and civilian careers. She currently serves on several veteran-military organization advisory boards. She is an experienced consultant, lending her expertise as a career transition coach and corporate veteran hiring engagement expert, as well as her insights as a hiring manager in the Department of the Navy for senior Federal civil service staff. Mary Jo has always enjoyed professional writing, and appreciates the opportunities offered by Federal Job Results to use her military and corporate background to help clients with their career-related writing projects, resumes, and corporate and civil service employment goals. 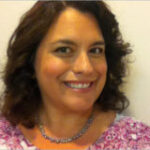 Prior to joining Federal Job Results, Marissa managed a small business while simultaneously caring for her three children. Marissa spent over a decade at Marriott International, Inc. coordinating and managing high-profile events at locations in Dayton, OH; Palm Springs, CA; and Orlando, FL before relocating to the Northern Virginia area with her husband and children. Ms. Schofield earned her Bachelor of Arts in Communications with a Minor in Marketing and Public Relations from the University of Dayton, Ohio.

Federal Job Results (FJR) is committed to providing the most knowledgeable, experience-based, and results-driven guidance through the entire federal application process to current federal employees and to civilian and military professionals seeking new careers in the public sector.

Federal Job Results is recognized as the nation’s leading organization in public sector career support and job placement.  Through the services provided by FJR, current federal employees and civilian and military professionals seeking federal government positions are successful in developing the requisite knowledge, skills and strategies to identify, pursue, and secure the positions best suited to their abilities and goals.

The mission and vision of Federal Job Results are based on the following values:

The Federal Job Results Team is committed to building a trust-based, highly collaborative relationship with every client.  We believe the successful process of constructing a resume and securing a position ideally aligned with an individual’s experience and strengths is based on the mutual respect and cooperation of client and staff.  We strive to build long-term partnerships with our clients.

The staff of Federal Job Results is committed to establishing and maintaining a professional relationship with their clients.  We recognize a job search can be a stressful and complex process.  Therefore, we strive to be simultaneously supportive and instructive throughout our time together, while maintaining confidentiality of all information shared with us.  We present no information to potential employers without consent, and we thoroughly safeguard all client data.

The Federal Job Results team brings more than 50 combined years of experience to the federal job search process.  We leverage this first-hand knowledge and experience–with several of our staff being former federal employees–in every step of our clients’ experience to ensure they secure interviews with the agencies and positions most compatible with their strengths.

The staff of Federal Job Results is committed to enabling our clients to develop the strategies to move from unemployment to employment; from private sector to federal sector; and/or from one position level to another.  We strive to enable our clients to emerge from the job search process in a place better than the one in which they began.

Our personal attention and dedication to each client of Federal Job Results shows in our successful track record of employment and referrals.

Now is the time to land that Federal Job!